Toploader frontman Joe Washbourn said the band's return to music after an eight-year hiatus is ''more chilled out'', as they do not have record labels telling them what to do. 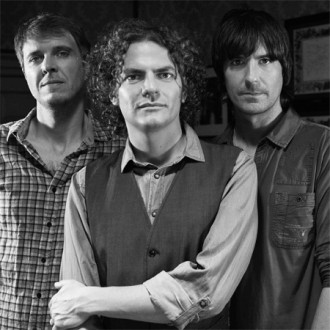 Toploader feel ready to return to the music industry as they are “more chilled out”.

The band hit megastardom in 1999 with their track ‘Dancing in the Moonlight’ but went on indefinite hiatus in 2003 after stardom got to them, although frontman Joe Washbourn now feels they are in a better place to return.

Speaking about new album ‘Only Human’, he exclusively told BANG Showbiz: “There are a lot of nice things about it this time, there’s not so much pressure. There are no big, major record labels telling us to do things that we didn’t want to do.

“It’s been a very natural progression to making an album that we did really want to make.

“We’re a little bit older. When you’re 21 you think it’s the be all and end all. So now it’s like a second chance to get it right.

“Everyone’s a little bit more chilled out this time around, it’s nice. The album is so much better. It’s our best album so far.”

Joe admitted the band – which also includes Dan Hipgrave, Matt Knight and Rob Green – were fed when they went their separate ways in 2003, but after they met at Dan’s stag do 18 months ago, they decided to re-start their career again with some festival shows.

He added: “We did play some of the old stuff so it was like a bit of a time warp. For me as a songwriter I didn’t ever want us to just play the old stuff and be like a Toploader tribute band.

“There’s enough of them anyway.”