Tony Bennett has confessed he broke down and ''sobbed'' when he discovered Amy Winehouse had died in July. 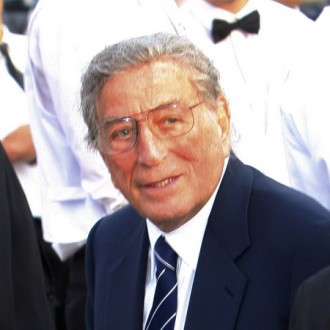 Tony Bennett “sobbed” when he discovered Amy Winehouse had died.

The 85-year-old legendary crooner recorded the song ‘Body and Soul’ with the musician – who tragically died in July aged just 27 – for his ‘Duets II’ album and he insists the world has lost a truly remarkable talent who was becoming a “very important jazz singer”.

He told Telegraph magazine: “I broke down and sobbed when I heard the news. Of all the young people I’ve met over the past 50 years, she sang the right way … She was ready to take a chance, right on the spot, right on the microphone, she knew how to improvise, it was spontaneous and intimate. That’s what I loved about her … She was a true talent, and she was on her way to becoming a very, very important jazz singer. What a tragedy. It’s heartbreaking.”

Bennett has made the decision to donate his share of the proceeds from their duet to the drugs charity Amy’s father Mitch is setting up in her name.

The ‘I Left My Heart in San Francisco’ singer empathises with the ‘Rehab’ hitmaker’s substance abuse problems because he experimented with drugs when he was younger.

Bennett – who had a cocaine overdose in 1979 and had to be revived by his second wife Sandra Grant – added: “I’d like to really have had a chance to talk to her. Because that’s what happened to me. I was almost the Amy Winehouse of my day … I was caught up in it when I was younger. When the Kennedys got assassinated and Martin Luther King, our country (America) took a terrible turn, and everybody got wasted. In those days I was hiding, I was in a room somewhere getting high, that’s not a correct way to live.”