Motley Crue drummer Tommy Lee thinks it ''makes no sense'' to create albums and it would be more beneficial for bands to release four-track EPs with ''absolutely bangers on''. 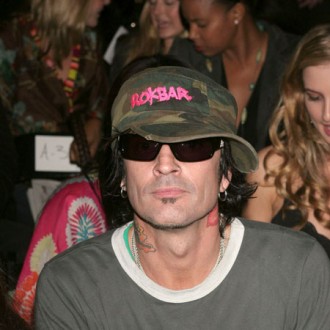 The 48-year-old drummer thinks it makes “perfect sense” to release a four-track EP with “absolute bangers on” that people like, rather than create a longer record with more songs that people don’t want to hear.

He said: “Slaving for a year in the studio to make a whole album when the public only wants one song, it’s just f***ing stupid. It makes no sense on any level.

“That’s my opinion for my solo stuff and Mötley Crüe. It doesn’t mean my band will necessarily agree with me. But my attitude is, why not make a four-song EP with absolute bangers on them? I think it makes perfect sense.”

Tommy – who has mentioned the idea of doing a four-track EP to Motley Crue bassist Nikki Sixx, but no decision has been made on the group’s forthcoming project – said people do not have to be “rocket scientists” to realise album sales figures are down, admitting the days of releasing “big, drawn-out albums are over”.

He added in an interview with Music Radar: “If you look at the charts and the statistics, it’ll show you that people don’t buy albums anymore, they buy singles. You don’t have to be a rocket scientist to figure that out.

“So much of the time bands take a year or two before they put anything out. It’s like, ‘Jesus Christ, guys! I thought you all broke up by now.’ I’m sick of all that. Let’s do two four-song EPs a year. To me, that’s a winning proposition. The days of making those big, drawn-out albums are over.”