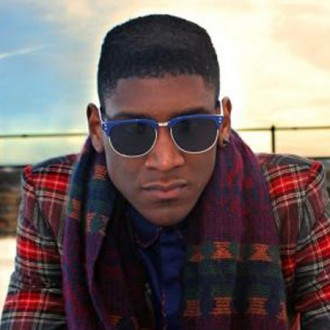 The rapper has reunited with the producer and singer – who he worked with on breakthrough single ‘Pass Out’ and his later release ‘Wonderman’ – for the song, which Labrinth wrote and produced himself.

Labrinth said: “If you think I’ve gone quiet, well, ‘Earthquake’ is showing everyone that I can smash it.

“I’m a musical geek. It’s like there’s this big, wild universe in my head and I love to express it.”

The songwriter – real name Timothy McKenzie – describes the track as a fusion of Dubstep, R ‘n’ B, hip-hop and dance. He has also recently worked on tracks with Professor Green, Gorillaz and Plan B, but only released one single himself, ‘Let The Sun Shine’, although he claims he is now ready for mainstream success.

He told BANG Showbiz: “I was performing before I was producing, I’ve got the confidence for it, and I believe I’m ready. I just love music, it doesn’t matter what I do with it. I’ve learned how to do me very well, and I’m ready to break out.”

‘Earthquake’ is released on October 23.