Tinchy Stryder's album 'from the heart'

Tinchy Stryder learned music has to come from your heart and isn't ''always about numbers and adding up'' on his fourth album, 'Full Tank'. 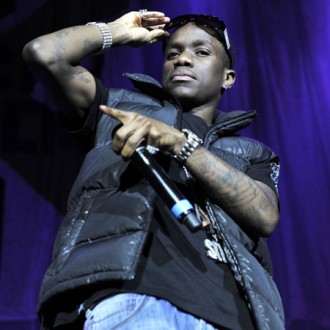 Tinchy Stryder learned music has to come from your heart on his fourth album, ‘Full Tank’.

The ‘Spaceship’ hitmaker has took a different approach to making his latest album, after certain aspects of his last album, ‘Third Strike’ didn’t come together exactly as he intended.

He exclusively told BANG Showbiz: “Music is supposed to come from the heart, it’s not always about numbers and adding up.

“I learned from ‘Third Strike’ to go with your heart. Don’t be too content, because [second album] ‘Catch 22’ went so well.

“There are little things where you have to go with your heart, there have been tracks where I might be like, ‘I don’t even want this track on my album,’ but somehow you get convinced that this will really work, and then when it doesn’t really work and connect with the world, you think, ‘Well, if that’s a track you didn’t want on your album, how did it become a single?’”

Tinchy also said he feel the album is his best to date and he has “opened up” more than ever before.

He added: “I’ve opened up more, I feel it is the best music I’ve recorded so far in being honest with myself.

“As a person I’m naturally cheeky, but in my music maybe I’ve held back a bit. When you first meet someone you meet them, then the second time you know them a bit better, and now I’m on my fourth album, and it’s like you know me really well.”

Tinchy Stryder is encouraging nominations for the vinspired National Awards which are due to take place in a secret location next March to celebrate and recognise young volunteers for the inspirational work they do. V works with young people between the ages of 16 and 25 to encourage them to volunteer within their communities to boost their CV and job prospects. For more information or to nominate someone visit www.vinspired.com/nationalawards. Nominations close on November 30.