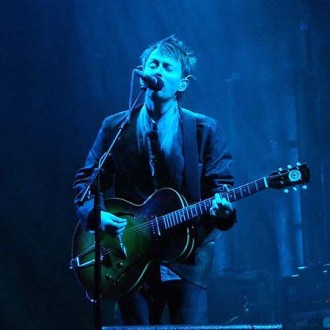 Radiohead singer Thom Yorke has been hailed an “incredible dancer” by a top choreographer.

The frontman can been seen performing an eccentric, seemingly freestyle, routine in the video to recent single ‘Lotus Flower’, and his moves impressed British Royal Ballet’s Resident Choreographer Wayne McGregor.

After viewing the video on website YouTube, Wayne said: “I honestly think he’s an incredible dancer. I’ve looked at the comments and it’s really interesting, the debate that it’s caused.”

He added although the dancing looks improvised, he believes the moves are “absolutely choreographed,” adding to Time Out magazine: “Whether it is choreography, whether it’s just someone dancing to music – all those things about authenticity of action, they’re all questions of authenticity we’re engaged in all the time.”

Radiohead recently released their eighth album, ‘King Of Limbs’, first as a download, then as a clear vinyl and in ‘newspaper’ format, a move their longtime artistic collaborator, Stanley Donwood, claims reflects the “transitory” state of the band.

He said: “Where they are now is more transitory. When a newspaper comes out, that doesn’t mean news stops, what you have is just a snapshot of how things were at the moment that newspaper was printed. And similarly, this album shows where Radiohead are at the moment the record was released.”

The group are set to play ‘King of Limbs’ live in its entirety on TV programme ‘From the Basement, which will air internationally through the BBC on July 1.