The Rolling Stones stronger with tension

The Rolling Stones' keyboardist Chuck Leavell believes the tension between Sir Mick Jagger and Keith Richards is good for the band. 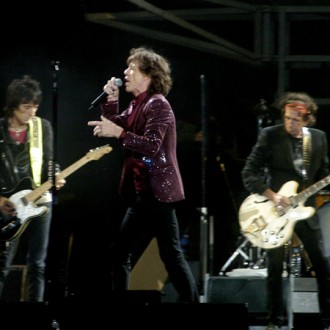 The musician insists the famous rows between the frontman and the guitarist – who branded the singer “unbearable” in his recent memoir ‘Life’ – make life in the band more interesting, and insists they would have split long ago if the arguments were serious.

Chuck told the New York Post newspaper: “I think that’s part of the Rolling Stones. If it was all flowers and kisses, then I think it would be boring.

“They could have broken up many times throughout their career.”

Earlier this year, it was claimed plans for a Rolling Stones tour are in jeopardy because Mick was angry with some of Keith’s comments in his book, including that the iconic singer has a “tiny” penis.

A source said: “Mick read Keith’s book before publication and didn’t have any great problem with it.

“It was the fact that it was all dredged up in the interview afterwards that really upset him. Many believe this is the real reason why talks in relation to the tour have broken down.”

The band were set to tour this year but it is now looking increasingly unlikely, while organisers of the 2012 London Olympics are desperately trying to get them to perform at the opening ceremony.

Mick, 67, has hit back at 66-year-old Keith’s damming claims against him, describing his autobiography as “tedious”.

He said: “Personally. I think it’s really quite tedious raking over the past. Mostly, people only do it for the money.”