The Rapture purposefully wanted their new album to carry a positive message. 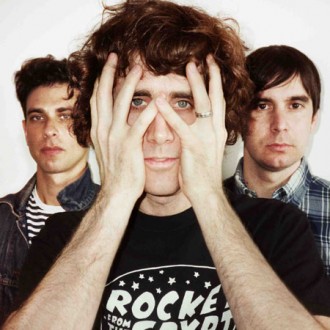 The Rapture purposefully wanted their new album to be positive.

The ‘House of Jealous Lovers’ band’s singer Luke Jenner was inspired to create their new album, ‘In the Grace of Your Love’, as an upbeat record by both overcoming personal tragedy and becoming a father.

He told RollingStone.com: “I grew up in the era of grunge so that was the era of the emotional barking. It’s kind of just therapy on display. Look at this incredibly crushing sadness, depression – let’s put that on stage.

“I just felt like, personally, I couldn’t be a father and pass that on to my son. I just really didn’t want to do it.

“So I just went on a quest for positive music. I came across a lot of spiritual music, kind of by default, because soul music is positive but I’m more interested in the roots of things.”

Luke said his search for positivity also helped him to deal with the pain caused by his mother’s suicide and, also to outgrow the “musical legacy” he had taken on.

He added: “The idea of grace, of being attached to something bigger than yourself; that’s how you let go and move through pain in a positive way. That’s my experience at least. Also, I thought it was time to move on and I just got tired of the whole musical legacy I was handed.

“Not only my family legacy, but if you’re a smart kid in indie rock, you’re going to be cynical as s**t.

The Rapture’s fourth album ‘In the Grace of Your Love’ is released in September.