The Prodigy will debut ''f***ing ferocious'' new material when they headline Download 2012 festival. 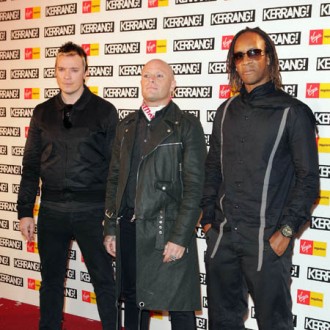 The ‘Omen’ group are making their only festival appearance of the year at the rock festival – held in Donington, England’s midlands next June – and frontman Keith Flint promises it will be “special”.

He told Kerrang! magazine: “We are definitely going to bring the party and make sure it rocks. It’s the only festival appearance we are doing in 2012, so we’re going to make sure it’s really special. We’re also going to be dropping some of the new stuff that we have been doing in the studio. It’s going to be f***ing ferocious.”

The band will be joined in headlining the festival by Black Sabbath – who recently announced their reformation, including original singer Ozzy Osbourne – and Metallica. The latter will be making their first appearance at the festival since 2006 and will play their definitive self titled album – affectionately referred to as ‘The Black Album’, due to its dark cover – in full.

Metallica drummer Lars Ulrich said: “Six years is way too long to be away from the hallowed grounds of Donington Park.

“We are beyond psyched and feel privileged to come back once again to soak up the energy and vibe of the most legendary of festival sites.”

Download 2012 will take place at Donington Park from 8 to 10 June, with tickets on sale from November 18. Further line up announcements are expected to follow, for more information visit www.downloadfestival.co.uk