The Pixies struggled with reunion sound

The Pixies found it difficult to ''sound good'' when they first reformed in 2004 and would often forget sections of their songs. 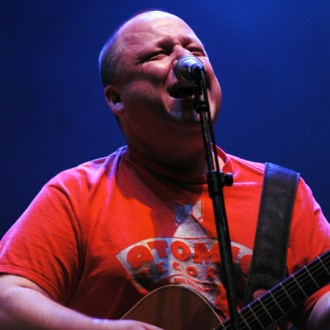 The Pixies found it difficult to “sound good” when they reformed.

The ‘Here Comes Your Man’ band – who split in 1993 and reunited in 2004 for a series of concerts and have been playing live ever since – frequently forgot sections of their songs when they first got back together.

When guitarist Joey Santiago was asked which obstacles the foursome – who are also made up of vocalist Frank Black, bassist Kim Deal and drummer David Lovering – encountered when they re-grouped, he said: “Just sounding good. It was a matter of sounding like we did before. And we’d forget the parts sometimes. But it’s muscle memory at this point.”

The ‘Monkey Gone To Heaven’ hitmakers are still celebrating their 20th anniversary – which came in 2009 – by playing all the songs from their 1989 album ‘Doolittle’ on the road, and Joey insists the record is still relevant today because the group have not complicated their songs by introducing any “fancy playing”.

He added: “[There’s] no fancy production, no fancy playing. You know, it’s cut and dry, that’s it. It’s the same thing with The Velvet Underground and all those great bands, like The Stooges.”

Despite the Pixies keeping complicated performances to a minimum, their shows have introduced some elaborate audio and visuals, which “takes pressure off” the band and leaves them to play music.

Speaking about the special effects on tour, Joey explained to the Rochester City Newspaper: “It’s awesome. It takes pressure off of us. We don’t have to do anything really other than playing.”