The Kills claim they had become both more English and more American when it came to recording their fourth album. 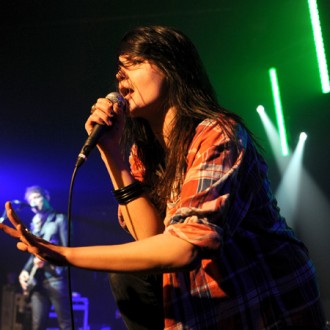 The Kills had become more English and more American before recording their fourth album.

While singer Alison Mosshart toured the US with her other band, The Dead Weather, musical partner Jamie Hince spent his time in his native London, which gave them “more to work with” when it came to making ‘Blood Pressures’.

Alison explained to Clashmusic.com: “When I came into studio, he was far more English than I remembered him being, and I was far more American than I have been in years.

“Usually we are hanging out all the time, listening to the same things – this time we weren’t coming from the same place, even slightly, so this was really cool.

“It was like we had more to work with.”

The duo found their experience healthy, as being such a small and minimalist band makes it harder for them to diversify their musical palette from album to album.

US born Alison added: “That’s always a real challenge being a two piece, you know? It’s kind of a limited music ability; you can only do what you can do, so it’s always a challenge really.”

‘Blood Pressures’ is out now.