The Killers' forthcoming album will contain ''more of a rock 'n' roll element'' and ''some curveballs''. 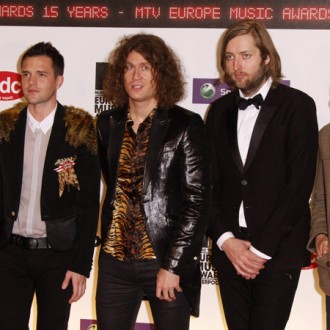 The Killers’ forthcoming album will contain “more of a rock ‘n’ roll element”.

The ‘Somebody Told Me’ rockers are set to release a new record later this year and drummer Ronnie Vannucci Jr. insists “there will be some curveballs” on the follow-up to 2008’s ‘Day & Age’.

He said: “There’s definitely more of a rock’n’roll element than last time. It’s intrinsic to the band.

“It’s the lifeblood of the band. The last record was sort of great in a lot of ways in that we just experimented, and we didn’t take it lightly by any means, but we did things in a different way. This one’s just four dudes making music.”

The group – who are also made up of singer Brandon Flowers, guitarist Dave Keuning and bassist Mark Stoermer – are in no rush to put out their next record – expected for later this year – because they have “a lot” of material to choose from.

Ronnie added to NME magazine: “It’s hard to tell exactly which way it’s going, because it’s not done yet, but I can already tell it’s not very similar to our last one.

“We’ve got a lot of stuff to choose from now, so we’re taking our time to make sure we get it right.

“Who knows what it’ll sound like? The main thing is, we just want it to be great.”