The Killers are ''in the factory, working'' on their fourth album, which they will release this year. 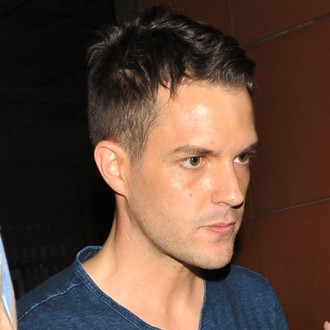 The Killers are “in the factory, working” on a new album, which will be released in 2012.

The ‘Somebody Told Me’ rockers are back in the studio preparing the follow up to 2008’s ‘Day and Age’ after going on hiatus for most of the last two years.

Speaking to BBC Radio 1’s Zane Lowe, singer Brandon Flowers said: “There definitely will be a Killers record coming out in 2012, it’s just whether it’s in summer time or the winter time, that’s up for debate.

“We’re just kind of in the factory, working. We’ve written a lot of songs, but they aren’t completely finished.”

He also said the album will build on the group’s established sound, and that it feels good to be back in the studio with guitarist Dave Keuning, bassist Mark Stoermer and drummer Ronnie Vannucci Jr. after performing as a solo artist during the hiatus.

He said: “It’s just exciting getting everybody back in the room and making loads of noise, it’s quite a lot louder than when I was with my solo thing, so it’s really fun.”

Referring to the band’s first two albums, he added: “We’re not so much looking to go make some drastic change or throw a curveball, I think the consensus in the band is to take the things that we’ve done well and just really home in on that, we don’t want to make ‘Hot Fuzz Two’, or ‘Sam’s Town Two’, but maybe take the best of all of it and really do what we know how to do.”

Brandon also said the group are hoping to perform in Europe “pretty shortly”.