The Drums urge Kings of Leon to split

The Drums have urged Kings of Leon to ''split up and stop making music,'' although singer Jonathan Pierce describes bass player Jared Followill as ''a very kind man''. 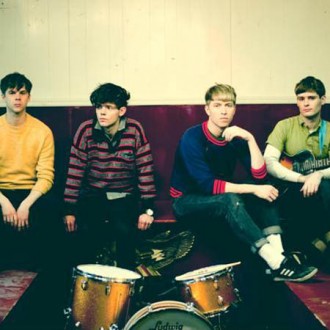 The Drums urge Kings of Leon to “split up and stop making music”.

The ‘Money’ band have previously supported the ‘Use Somebody’ rockers, but singer Jonathan Pierce isn’t a fan and claims he prefers Britney Spears.

He told clickmusic.com: “They’re very American bar rock and it’s not interesting, it doesn’t affect me at all. That ‘Sex is on Fire’ song is one of the worst songs I’ve heard in my life.

“I would advise them to split up and stop making music. I don’t think they’re really helping anybody – they’ve never made a song that’s really touched me in any way.

“I honestly think that the new Britney Spears record is better than their songs – it sounds like a really great pop song and that’s what I really like.”

He went on to say he thinks bass player Jared Followill – who is in the band with brothers Caleb and Nathan and cousin Matthew – doesn’t even enjoy the music he makes with the band.

He added: “I do have to say that Jared was a very kind man and he’s smarter than he’s letting on. I don’t think he really enjoys the music that Kings of Leon are putting out.

“I’ve had long conversations with him and he’s very open to me. He has really great taste in music and likes really great bands – I think he looks at Kings of Leon and it’s just a job that he has.

“I think that’s a really sad place to be – going through the motions. To misrepresent yourself in a creative atmosphere seems a little dark to me.”