The Best Red Carpet Moments from the MMVAs 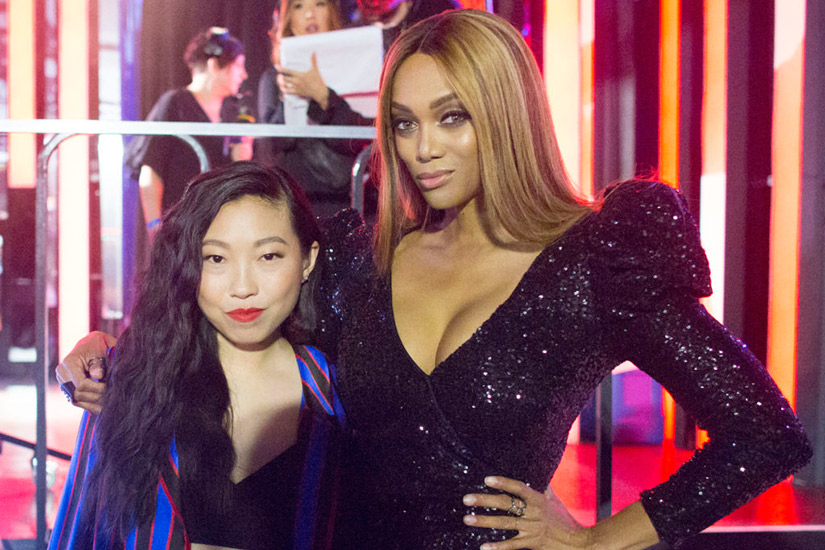 The celebs were out in Toronto for the 2018 iHeart Radio MMVAs last night and we were on the red carpet for the Canadian awards show/block party to chat with all of your faves. Here are some of the best moments.

This is important: @tyrabanks exclusively gives us her red carpet must-haves and they are ? “Something to hold it in, something to push it up and something to keep it from falling off.” ??????? #MMVAs #Toronto #TyraBanks

We’ll let the video speak for itself.

Thankfully, we didn’t need tissues when we caught up with Chrissy Metz, star of the sobfest This Is Us. But the actress, who was on hand to present last night, did tell us who she was looking forward to seeing at the show. “Oh gosh, I can’t choose one! But I love Alessia Cara. She’s incredible.”

It was a bit surreal for Canadian songstress Ralph—wearing Canadian designer Hilary MacMillan—to be on the MMVA red carpet last night. “I used to come to this when I was a teen, and I was in the audience screaming,” she told us. “It’s cool to be on the other side—like I get it!”

〰️ * ?thank u @hilarymacmillan & @upandarmed for my red carpet lewks! So flattered to be nominated tonight for an MMVA tonight! unreal ?* 〰️

The Canadian pop star had a huge night. He was an easy favourite on the carpet, getting the loudest cheers from fans and with most celebs saying they couldn’t wait to see him on stage. Not only did the 20-year-old perform twice—opening and closing the show—he also won four awards (the most of any other artist), including Artist of the Year.

Alessia Cara loves being back home

Grammy-winning Canadian Alessia Cara—who won Video of the Year for “1-800-273-8255,” her collab with Logic and Khalid—opened up to us about what it means to be nominated at a Canadian awards show. “It’s great travelling the world, but it’s amazing to just be able to come back home and have support. It’s the best.”

The couple hit the carpet together for the ultimate date night—on Evan’s birthday! The actor/musician (and brother to our September cover star Tracee Ellis Ross) celebrated his 30th birthday in style, in a glittery Gucci outfit, while Ashlee rocked a bedazzled pinstripe suit. “I feel like sometimes when my ideas are good, you love me even more,” Ashlee joked with her husband.

Bonus: 98 Degrees were back at the MMVAs for the first time since 1999

Okay, so this isn’t technically a red carpet moment, but how could we ignore 98 Degrees performing an incredible medley of their hits?