The Beatles added to iTunes

The Beatles' back catalogue has been made available to buy through iTunes from today (16.11.10). 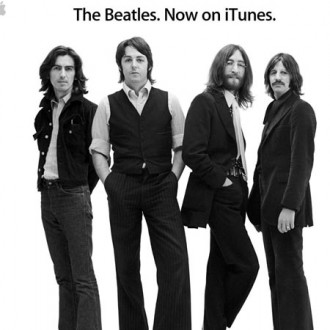 The Beatles’ back catalogue has been added to iTunes.

The legendary British group – comprised of John Lennon, Paul McCartney, Ringo Starr and George Harrison – have been the largest artist to be conspicuously absent from the digital download service, the largest music retailer in the world, until today (16.11.10).

Founder and chief executive of Apple – iTunes’ parent company – Steve Jobs, has long been a Beatles fan and has spent years persuading the remaining members of the group , their management and record company, Apple Corps LTD – and parent label EMI – to allow iTunes to sell the band’s music.

It has previously been thought the group were against selling their music digitally because they didn’t feel it was fully secure against being shared illegally.

In 2008, Paul McCartney said he “hoped” a deal could be reached to allow The Beatles’ music to be sold digitally.

Previously the only way to legally own The Beatles’ songs in an MP3 format on a computer or MP3 player was by buying them on CD and converting them to a digital format.

The front page of Apple’s website today bore a picture of the band, and stated simply: “The Beatles. Now on iTunes.”

Although the band were seen as musical pioneers until they split in 1970, their legacy has been notoriously slow in being on adapting to changes in the recording industry, with the band’s back catalogue not released on CD until 1987, and boxed sets of unreleased material not released until the mid 90s.

Their music was then only remastered last year and despite the MP3 being the format of choice for record buyers in the US and UK for approximately five years, it has taken until now for their music to be available in a digital format.

Despite this and the decline in CD sales in recent years, the group scored one of the biggest selling albums of the last decade with compilation `1′, a collection of their number one singles, which sold over 30 million copies worldwide.

Critics in the UK have also pointed out that the cost of buying the Beatles music digitally – at a price tag of £0.99 a track – will be more than to buy the CDs and transfer them to computer.