Taylor Swift, Miranda Lambert and Lady Antebellum were the biggest winners at the Academy of Country Music Awards 2011 in Las Vegas last night (03.04.11). 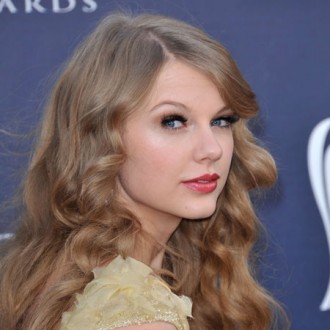 Taylor Swift was named Entertainer of the Year at the Academy of Country Music Awards 2011 in Las Vegas last night (03.04.11).

Taylor won the biggest honour and also performed at the event, while singer Miranda Lambert was the night’s biggest winner, taking home four trophies including Top Female Vocalist of the Year, Song of the Year and Single Record of the Year for her track ‘The House That Built Me’.

Accepting her award, Taylor said: “This is the first time that I’ve ever won this and I’m just losing my mind. The fact that this is from the fans makes it so special.”

The night also featured guest performances by Rihanna, who sang her new track ‘California King Bed’ with Jennifer Nettles of Sugarland, and Steven Tyler, who performed with Carrie Underwood on a duet which saw them take on the latter’s ‘Undo It’ before breaking into Aerosmith’s ‘Walk This Way’.

Lady Antebellum took home two awards, Album of the Year for ‘Need You Now’, Top Vocal Group of the Year while singer and guitarist Brad Paisley was named top male vocalist for the fifth consecutive year.

Entertainer of the Year – Taylor Swift

Album of the Year – Lady Antebellum ‘Need You Now’

New Artist of the Year – The Band Perry

Song of The Year – Miranda Lambert ‘The House That Built Me’

Video of the Year – Miranda Lambert ‘The House That Built Me’