Taylor Swift once wrote a song on a paper towel in an airport bathroom after inspiration unexpectedly hit her. 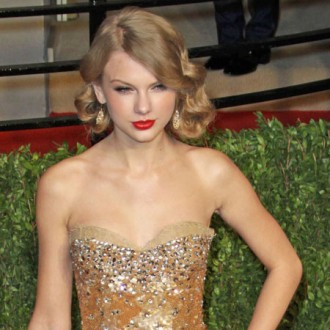 Taylor Swift once wrote a song in an airport bathroom.

Inspiration can hit ‘The Story of Us’ hitmaker in the most unlikely of places, and if lyrics or a melody come into her head she has to write them down on first thing that comes to hand, even if that means a paper towel.

She told MTV: “The weirdest place I have ever written a song is probably in an airport, and I got an idea so fast that I had to run to the bathroom at the airport, grab a paper towel and write lyrics on the paper towel. I still have it. I still have it in a box in my room.”

Taylor, 21, has also started writing tracks for the follow up to her ‘Speak Now’ album during her recent European tour, and has given details of one song she penned in Spain while her emotions were running high.

She added: “I was in Madrid, and I was in my hotel room all day. And I was going through this crazy, emotional thing and I wrote a song about it and it’ll probably be on the next record. I’m telling you that. I’ll tell you the title afterwards.”

The US leg of Taylor’s Speak Now World Tour is due to start on Friday (27.05.11) in Nebraska, and she has revealed the stage show is inspired by the Cirque du Soleil performance company.