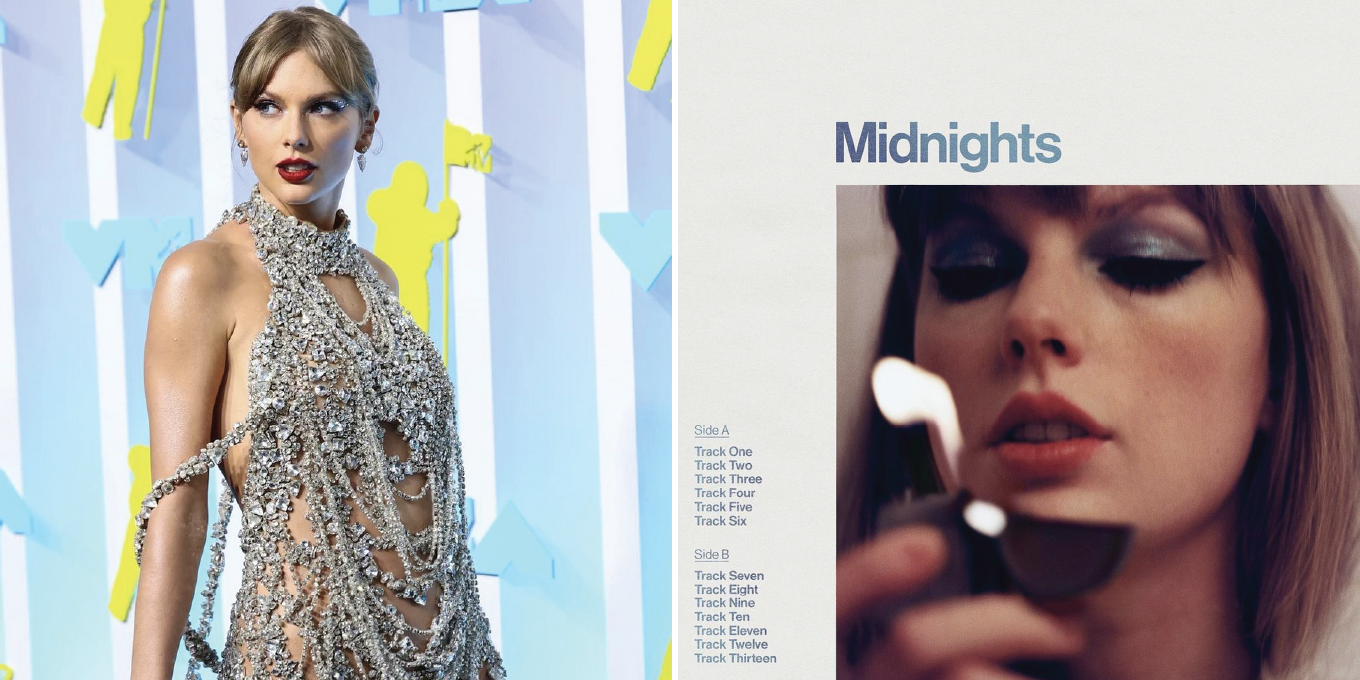 Taylor Swift borrowed a few seconds of her MTV VMAs speech for Video of the Year to drop a bombshell: Her 10th album, Midnights, is coming in two months, on Oct. 21. Addressing her fans, she said, “I had sort of made up my mind that if you were going to be this generous and give us this,” referencing the Video of the Year award, “I thought it might be a fun moment to tell you that my brand-new album comes out October 21st. And I will tell you more at midnight.” Shortly after, she changed her social media bios to read “meet me at midnight,” to build hype for the unrolling. The phrase soon sprouted up as a trending hashtag on Twitter.

When 12 a.m. rolled around, Swift gave ample detail on what to expect with her 10th studio album—and revealed the album art.

Ahead, everything we know about the project.

When does the album come out?

Swift revealed the release date before anything else at the MTV VMAs: Friday, Oct. 21, 2022. It will likely be a midnight release like her previous other works, especially given its namesake. Fans pointed out that Oct, 21, 2022 is coincidentally Kim Kardashian’s birthday. But more telling is what the digitals add up to: 10 + 2 + 1 = 13, Swift’s beloved and common Easter egg number and the number of tracks on Midnights.

Is this album another re-recording?

No, Swift’s Oct. 21 album will be a new original work. During the Midnights announcement, Swift did not address when she would release her re-recordings of 1989, Speak Now, Reputation and her self-titled debut album.

What songs are on the album? Which will be singles?

Swift hasn’t shared a track list yet, only that the album will feature a total of 13 new songs. During her midnight album announcement, she gave a little detail about what they’ll be about: “Midnights, the stories of 13 sleepless nights scattered throughout my life, will be out October 21. Meet me at midnight.” She has not announced her first single yet.

What is the album about? Are the songs based on Swift’s life?

When Swift announced the project, she explained the premise and theme for her work. She wrote:

“We lie awake in love and in fear, in turmoil and in tears. We stare at walls and drink until they speak back. We twist in our self-made ages and pray that we aren’t—right this minute—about to make some fateful life-altering mistake.

This is a collection of music written in the middle of the night, a journey through terrors and sweet dreams. The floors we pace and the demons we face. For all of us who have tossed and turned and decided to keep the lanterns lit and go searching—hoping that just maybe, when the clock strikes twelve … we’ll meet ourselves.

Midnights, the stories of 13 sleepless nights scattered throughout my life, will be out October 21. Meet me at midnight.”

Will Swift go on tour for this album?

Swift hasn’t announced any tour dates yet. Her last announcement regarding touring was in February 2021, referencing her cancelled Lover Fest tour dates and explaining why she had no plans to reschedule them. She wrote then:

“I love coming on here to tell you good news, or to share a new project with you. It’s not my favourite thing in the world to have to tell you news I’m sad about. I’m so sorry, but I cannot reschedule the shows that we’ve postponed. Although refunds have been available since we first postponed the Lover Fest shows, many of you hung onto your tickets and I too hung onto the the idea that we could reschedule.

This is an unprecedented pandemic that has changed everyone’s plans and no one knows what the touring landscape is going to look like in the near future. I’m so disappointed that I won’t be able to see you in person as soon as I wanted to. I miss you terribly and can’t wait ’til we can all safely be at shows together again.” – Taylor Swift

Are pre-orders available? What about merchandise?

You wouldn’t expect Taylor Swift to be caught unprepared, would you? Of course pre-orders are available—and there’s merch! Fans can purchase Midnights in vinyl, CD or cassette, in addition to the standard digital version. Both the vinyl and CD sets come with unique artwork/photography and a collectible booklet. There’s no answer to the folklore cardigan available on her website just yet…but we’ll be sure to let you know as soon as one drops.