Take That star Howard Donald predicted he would get stuck inside the group's giant robot stage prop before it happened over the weekend. 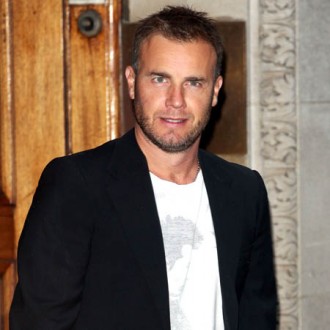 Howard Donald predicted he would get stuck inside the Take That’s giant robot stage prop.

The ‘Love Love’ singer and his bandmate Mark Owen were left stranded in the palms of the 30 metre robot torso and arms – nicknamed OM – as they performed at the City of Manchester stadium on their ‘Progress Live’ tour over the weekend and Howard said he feared it would happen from the star of the tour.

Bandmate Gary Barlow said: “With things like Om and the water in ‘The Flood’, you hope there’s nothing too bad that can go wrong technically.

“It all worked out great in rehearsals but Howard was particularly worried we were going to be stuck there like lemons. He was right.”

After getting stuck three metres from the ground, the singers had to be freed by roadies with ladders.

Gary also revealed the band – which also includes Robbie Williams and Jason Orange – are trying not to get too worried about playing eight shows at London’s Wembley Stadium at the end of this month.

He added to the Daily Star newspaper: “It’s a bit daunting if you think, ‘Wow we’re going to do Wembley eight times and play to 1.7 million people. I only look at what we’re doing right now, like a football manager, taking one game at a time.

“The success of this tour is already amazing, more than any of us thought we could do. I always think, ‘It can’t get any bigger than this.’

“Maybe it won’t, maybe this will be our biggest tour ever, but then I’ve always been proved wrong. It’s best not to worry too much about that stuff to stop it overwhelming you.”