Take That’s Howard Donald has been booked as a DJ at superclub Eden in Ibiza this summer. 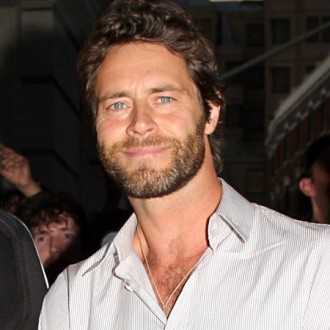 Take That’s Howard Donald is to become a DJ in Ibiza this summer.

The boy band member will be spinning the decks at superclub Eden on the Spanish island – famous for its club scene – after being asked by English DJ Judge Jules.

His first date, at the Judgement Sundays night on August 21, is just three weeks after the band finish their Progress Live tour this summer.

Howard first took to playing house music when the group initially split in 1996, but had put it to one side when they relaunched their career in 2005.

“He’s focused on the tour right now but is also excited about these DJ dates.

“To get the call from Judge Jules is a big deal.

“He’ll be playing alongside huge names from house and techno but it will certainly be a different story to live shows with his group.”

Other big names booked alongside Howard – known as DJHD – include Marco V, Eddie Halliwell, Ferry Corsten and Judge Jules himself.

Take That – which also includes Jason Orange, Gary Barlow, Robbie Williams and Mark Owen – will start their Progress Live tour in Sunderland, UK on May 30 and tour across Europe, ending in Munich, Germany on July 29.