SuperHeavy 'easier' than The Rolling Stones

Mick Jagger finds being in SuperHeavy easier than The Rolling Stones because he doesn't have to do ''everything all the time.'' 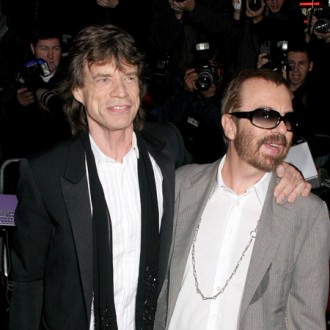 Sir Mick Jagger finds being in SuperHeavy “a lot easier” than The Rolling Stones.

The singer enjoyed making a record as part of the ‘Miracle Worker’ super group – which also features Dave Stewart, Joss Stone, Damian Marley and A R Rahman – because spotlight wasn’t on him all of the time.

He told Spinner.com: “It’s a lot easier for me, to be honest. That’s one of the things Dave sold me on in the beginning. He said, ‘You know, it won’t be so hard for you, because you won’t have to do everything all the time,’ and I said, ‘Yeah, right.’

Despite the age gap between 68-year-old Mick and the group’s youngest member, Joss – who is 24 – the singer didn’t have any trouble communicating with the others, because they are all serious musicians.

“The rest of them, it’s not really a generational thing. Damian understands all my ancient reggae references. If I’d refer back to a Jamaican record of the early ’70s when his father [Bob Marley] was even doing ska he would still know what that was.”

SuperHeavy’s debut album will be released on September 20.