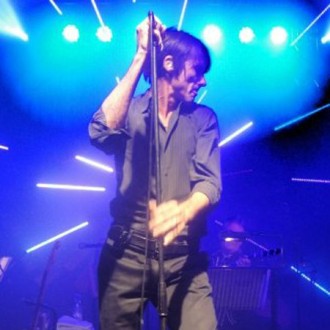 The reformed indie group played a high-energy greatest hits set to the crowd at London’s The O2 and refused to rule out further comeback shows in future.

Frontman Brett Anderson said after a closing rendition of ‘Saturday Night’: “Thank you so much, thank you so much. What can I say? It’s been a lovely night and it’s always so special to play in London. You might see us again sometime.”

Though the singer said little between songs, he interacted with the crowd throughout their 23-song set – which included ‘Animal Nitrate’, ‘Trash’, ‘Beautiful Ones’ and ‘So Yong’ – regularly singing into the audience and reaching out to touch people’s hands.

Speaking ahead of the show – which concluded a brief European tour – Brett admitted the chance to play at the huge iconic venue had seemed like a “glorious” idea after the five-piece originally got back together for a one-off show at the city’s Royal Albert Hall in March.

He said: “We did the Albert Hall when we came back and thought ‘Where do we go from there?’ We can’t step down a gear. So someone suggested The O2 and it seemed like a crazy, vain, glorious enough thing for us to do.”