Sting needs anxiety to write good songs and finds his creativity is at its best when he's under pressure. 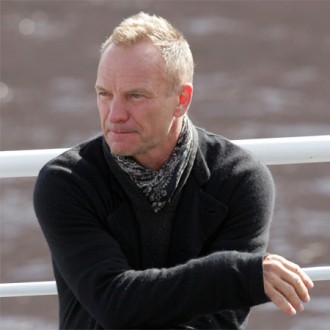 The ‘Message In A Bottle’ singer has “no idea” what he’ll do when he completes his present ‘Symphonicities’ tour – where he is backed by Britain’s Royal Philharmonic Orchestra – but not having a plan helps him to be creative.

When asked if he finds having no agenda liberating or worrying, he answered: “Both. It makes me anxious of course. At the same time it’s a good place for creativity. It’s only out of anxiety that I ever produce anything worthwhile.”

On plans to write new songs, Sting, 59, added: “I need the blank page and I need the panic. I’m not hungry to be adored or have approval. I don’t need that. I’m curious to see what I can produce at my age.It gets harder and at the same time it’s a wonderful challenge.”

For now, however, he is most comfortable playing with the orchestra.

He added: “I’m very relaxed in front of an orchestra, I don’t even sweat. I sing for three hours. I could do another three hours every night. And the musicians are playing with precision, passion and love.”