Steven Tyler has revealed that his new solo song was originally rejected by his Aerosmith bandmates. 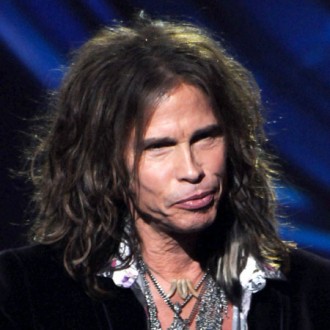 The ‘Walk This Way’ rocker released ‘(It) Feels So Good’ yesterday (09.05.11) and revealed he had originally planned to put it for one of his band’s albums, but the other members of the group didn’t think it was suitable.

He told website Rollingstone.com: “They didn’t like it, so I just kept it for the last couple of years.”

Now Steven has released the track on his own, he is confident it will become a huge summer hit.

He explained: “I wrote the song at the Sunset Marquis hotel in Los Angeles a few years ago. I swear it’s going to be a hit.

“I can hear it coming out of people’s cars this summer. I’m a fool for melody, man. I’ve got to have melody. I miss it, and there it is.”

Although he is still part of Aerosmith, Steven’s relationship with the other band members – Joe Perry, Brad Whitford, Tom Hamilton and Joey Kramer – has been factitious since 2009 when he almost quit the group and subsequently go through rehab for painkillers – causing the group to announce they were to look for a new singer.

Joe was also unhappy with Steven taking his job on ‘American Idol’, but the singer has dismissed his actions, saying: “Joe’s got LSD – Lead Strummer Disorder. We’ve been brothers forever. He’s just going through his thing.”

Steven is also glad he never gave ‘(It) Feels So Good’ to another artist to record, adding: “Once one person gets it, they put it out. So that wouldn’t work. I feel so f***ing good, even though it’s a bit of a risk.”