Soundgarden frontman Chris Cornell wishes he hadn't given up his piano lessons when he was 10, and had learned how to read music. 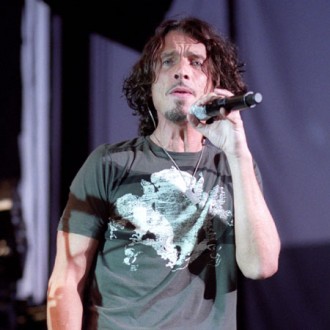 Soundgarden frontman Chris Cornell wishes he hadn’t given up his piano lessons when he was 10.

The ‘Spoonman’ singer regrets never being able to read music properly, after giving up because of a “mean” teacher, with all subsequent attempts proving fruitless.

He said: “I started out as a pianist, but not now. I learned to read music when I was 10 and did piano and took lessons. Unfortunately, I didn’t really have any direction. It just felt like school. It was another subject, another course. I had kind of a mean piano teacher.

“I picked it up very fast and I learned to read music very fast, but I don’t now at all.

“I think in my early 30s, I attempted to take lessons to read music again. I thought well, it’s in there so it should be easy to pick back up again. But it was so not.”

Chris said the fact he can’t read or write music hasn’t hindered him in any way to becoming a successful singer and songwriter, and he can still explain his ideas to people.

He added to indiewire.com: “Not that I can’t understand music conceptually, it’s just that I’ve learned now to create music without a language and I work well that way and I work quickly that way.

“And I make decisions in that world in sort of a language-illiterate world. I can hear all the music so unless I’m trying to communicate it to someone else, I can just record or show them, you know?”