Sophie Ellis Bextor has launched her much-anticipated pop album 'Make a Scene' in an intimate gig in London. 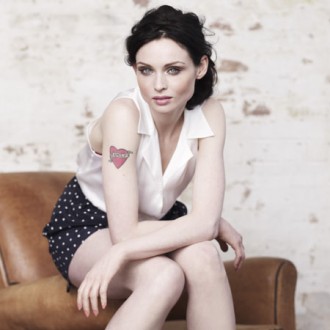 The 32-year-old singer played a set including new single ‘Starlight’ as well as classics including ‘Take Me Home’ and ‘Murder on the Dancefloor’, supported by producer Dimitri Tikovoi.

During a break from the show, Sophie joked about the year-long delay in the release of the album, revealing even her son thinks of her song ‘Bittersweet’ – which was released in May 2010 – as her “old” material.

Sophie said she’s pleased to finally get the album out and that, while she doesn’t like to over-think things, she’s glad to still be gaining new fans.

She told BANG Showbiz: “I’ve never been very good at analysing why anything I do works or doesn’t work. I kind of like a bit of blissful ignorance, y’know. I just keep doing what I do, and – I know it sounds a bit pious – but I genuinely feel lucky to be getting new fans after a decade of performing and releasing albums.”

Sophie is also looking forward to taking the album on the road, and playing across Europe.

She added: “I tend to go back and forth with shows across Europe – it usually starts around spring, then I go on until the end of the year. And it’s been cool, the last time I started a tour it was with a huge show in Moscow, which was incredible.”