Slipknot singer Corey Taylor has spoken about how he has been dealing with the death of the band's bassist Paul Grey earlier this year. 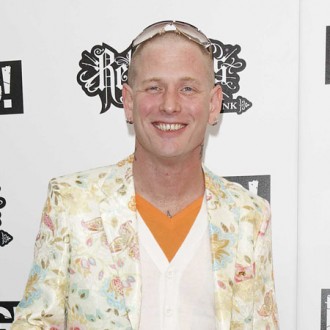 Slipknot singer Corey Taylor has spoken about dealing with the death of the band’s bassist Paul Grey.

The vocalist tries to keep as positive as possible, and said Paul – who died of a drugs overdose in June – would want the band to continue, and that they should “celebrate” the singer’s life when they take to the stage again next year.

Corey told NME.com: “There are some moments that are more sombre than others. When you’re here to entertain you don’t want to spend too much time on melancholy.

He added that the group would continue to honour “the spirit” of Paul and fellow heavy metal star Jimmy ‘The Rev’ Sullivan from the band Avenged Sevenfold, who also died of a drugs overdose in 2008.

He also said he’d been buoyed through the difficult time he’s faced this summer by drummer Vinnie Paul, who was in heavy metal groups Pantera and Damageplan with his brother Dimebag Darrell, who was murdered onstage by a crazed fan in 2004.

Corey added: “I’ve taken a lot of cues from vine after what happened with him. He looked me right in the eyes and he said, you’ve just got to remember you’re living for to now.

“Something about that really sticks with me, and it helps me remember to embrace life, to celebrate life, you have to live every single minute with every little bit of spirit you have.”