Slash has almost finished writing his second solo album, with only three songs to finish composing. 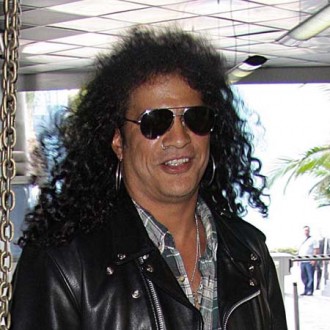 The former Guns N’ Roses Guitarist is currently preparing and recording his second solo record in Los Angeles, so far finishing three of approximately 20 tracks he intends to record.

Slash has named the three already recorded tracks, ‘Halo’, ‘Standing In The Sun’ and ‘Bad Rain’, and continues to work in the studio with his backing band, which includes singer Myles Kennedy, rhythm guitarist Bobby Schneck, bassist Todd Kerns and drummer Brent Fitz.

Slash has previously tweeted his excitement at the new material, writing last week: “Last session of the week today. We’ve been hitting it hard. Sounds killer though. U guys f***ing rock. Can’t wait to hit the road next year & play my heart out for u people (sic).”

The album will be a follow up to 2010’s ‘Slash’, which saw the guitarist work with a number of high profile guest vocalists, although he solidified the line up of his backing band for the second album.