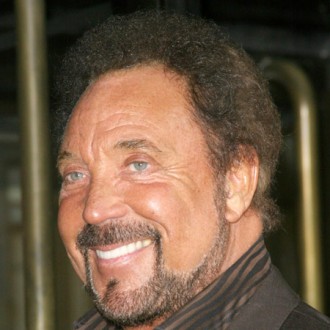 Sir Tom Jones has recorded a single with Jack White.

The ‘It’s Not Unusual’ crooner has re-recorded a version of his 2002 song ‘Jezebel’ with the former White Stripes frontman Jack for his Third Man record label.

The song will be backed with Tom’s version of blues singer Howlin’ Wolf’s track ‘Evil (Is Going On)’ and the record will be released as part of Jack’s ‘Blue’ series, which has pressed one-off seven inch records by a diverse range of artists from blues greats such as Blind Willie McTell to rap group Insane Clown Posse.

Of his sessions with 71-year-old Tom at his Nashville, Tennessee, studio, Jack told Mojo magazine: “He impressed the s**t out of everybody.”

Tom has a history of working younger artists, singing duets with stars including Stereophonics, Robbie Williams, the Cardigans and Natalie Imbruglia on his 199 album ‘Reload’, which revitalised his career.

However, Tom admitted last year he is not sure how much longer he can go on in the music industry.

He said: “With getting older, time is getting shorter and that’s the problem.

“It’s a fact. I don’t know how long I can go on. It’s not like when I was 50. But I’m not going to moan about it because I’m still singing and I’m still doing it and it’s hasn’t affected me yet.”