Simon Le Bon says Duran Duran and Mark Ronson have built up a great relationship while working on the band's new album. 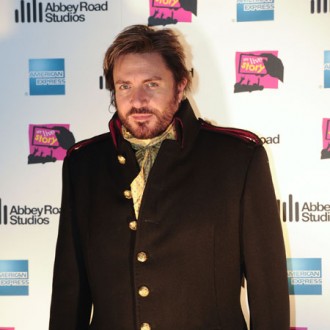 Duran Duran have a “great relationship” with Mark Ronson.

The ‘Rio’ hitmakers have just finished recording their new album with the music producer, and lead singer Simon Le Bon said working with him had been a great experience.

Cementing their relationship, Simon and the band’s keyboardist Nick Rhodes joined Mark and his group The Business International at the ‘American Express My Live Story Gala’ at London’s Abbey Road Studios last Thursday (25.11.10).

Speaking before the show, Simon – who sang the track ‘Record Collection’ – said: “I’m excited about getting up on stage and performing. We’ve got a great relationship with Mark, he’s just produced our album, which we’ve finally finished. It’s called ‘All You Need Is Now’.”

The vocalist also revealed he was delighted to be back at the same studio where Duran Duran recorded their fourth album ‘Notorious’, even though it reminded him of production difficulties.

He said: “We went down in Abbey Road history as the band who couldn’t get a drum sound here when we were recording back in 1986.”

Mark – who admitted it had been “a dream” of his to play at the iconic Studios – has previously talked of his excitement at the tracks by Duran Duran, who he has followed since he was a child, saying: “It sounds really good – I know as a Duran Duran fan I’d be excited to hear it.”