Sigourney Weaver advised Ridley Scott on his new 'Alien' prequel 'Prometheus', despite not appearing in the movie following a disagreement with Fox. 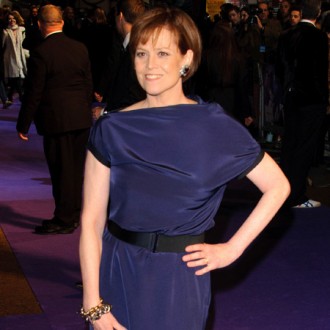 Although the actress – who played heroine Ellen Ripley in the four previous ‘Alien’ movies – won’t be returning for the latest movie after a disagreement with Fox, she is thrilled the director will be at the helm of the project once again.

She said: “Fox and I disagreed on how the franchise should continue. But I’m glad it’s Ridley doing it and I’ll be as curious as anyone, or maybe more curious, to see it. I think he took my suggestion.

“Fox wanted to go to earth and I said, ‘That’s so boring. Who wants to see aliens on earth?’ I said ‘Go back to the planet’.”

‘Prometheus’ – starring Charlize Theron and Michael Fassbender – will reveal how the extra-terrestrial Xenomorph nest which Ripley and her crew discovered on an abandoned spacecraft in the first film in the franchise came to be there.

Although Sigourney’s ‘Alien’ alter-ego has been praised as a good example of feminism, the actress believes producers were more worried about making money than telling a great story when they made their hero a woman.

She added in an interview with The Independent newspaper: “I don’t think the producers were feminists. In the original script, they were all men. I think they thought, ‘let’s change it up and make the survivor a woman because no one will ever think the survivor will be a woman’.”