Sheryl Crow is considering only performing live at weekends so she can spend as much time as possible with her sons Wyatt, three, and five-month-old Levi. 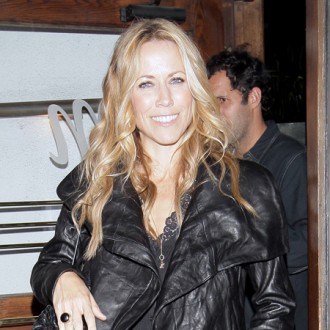 Sheryl Crow may reduce her touring schedule to be with her children.

The 48-year-old singer – who has two adopted sons, Wyatt, three, and five-month-old Levi – loves performing but is considering cutting back on her live shows because she finds travelling with children exhausting.

She explained: “In Nashville, singers with kids only play live on Saturdays and Sundays. They call themselves the weekend warriors. I think I might do the same thing myself soon enough.”

As well as wanting to cut down on the amount of performances she does because of her children, Sheryl also admitted becoming a mother has made touring much less wild than it used to be.

She said: “Touring is a very different thing for me now. I’m much calmer, much less. debauched would be the wrong word. I was never debauched, but I did like a smoke and a drink.

“These days, I’m lucky if I end the evening with a glass of wine. But then I travel with my children now. My priorities have changed.”

Now the singer spends her days off while on the road visiting child-friendly local amenities.

She said: “It’s parks, aquariums, museums in the morning. Then lunch, a nap for them, sound check for me, dinner all together and then I tuck them into their bunks before going on stage. As soon as the show is over, I’m back on the bus and to sleep – hopefully.”