Shane MacGowan up for Classic BRIT

Shane MacGowan is unexpectedly in line for a Classic BRIT award, as he appears on the Album of the Year nominated 'Noel' by The Priests. 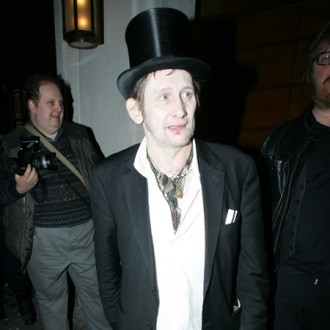 Shane MacGowan is unexpectedly in line for a Classic BRIT award.

The Pogues frontman, famed for his gravelly voice, is nominated by association, as he contributed vocals to ‘Peace on Earth/Little Drummer’ on ‘Noel’, a Christmas album by The Priests, which is up for Classic FM Album of the Year.

The pairing is unlikely, as the group are made up of three Northern Irish Catholic priests, who wouldn’t ordinarily approve of Shane’s hard drinking lifestyle.

The band’s Father Eugene O’Hagan has said, however, their pairing showed “how music builds bridges and brings us into creative contact with unlikely partnerships”.

Other artists in the running for Album of the Year include Aled Jones, Russell Watson, Bryn Terfel, Craig Ogden and the Benedictine Nuns of Notre-Dame, among others.

Other awards to be given out on the night include Best Male, which will see Antonio Pappano and Rolando Villazon battle it out against conductor Sir Charles Mackerras, who is nominated posthumously, after he passed away last year.

It has previously been announced the awards will also honour Il Divo as Artists of the Decade.

The Classic BRIT Awards take place on May 12 at London’s Royal Albert Hall.

Female Artist of the Year

Male Artist of the Year

Artist of the Decade

Classic FM Album of the Year

‘Reach for the Skies’ – Central Band of the RAF