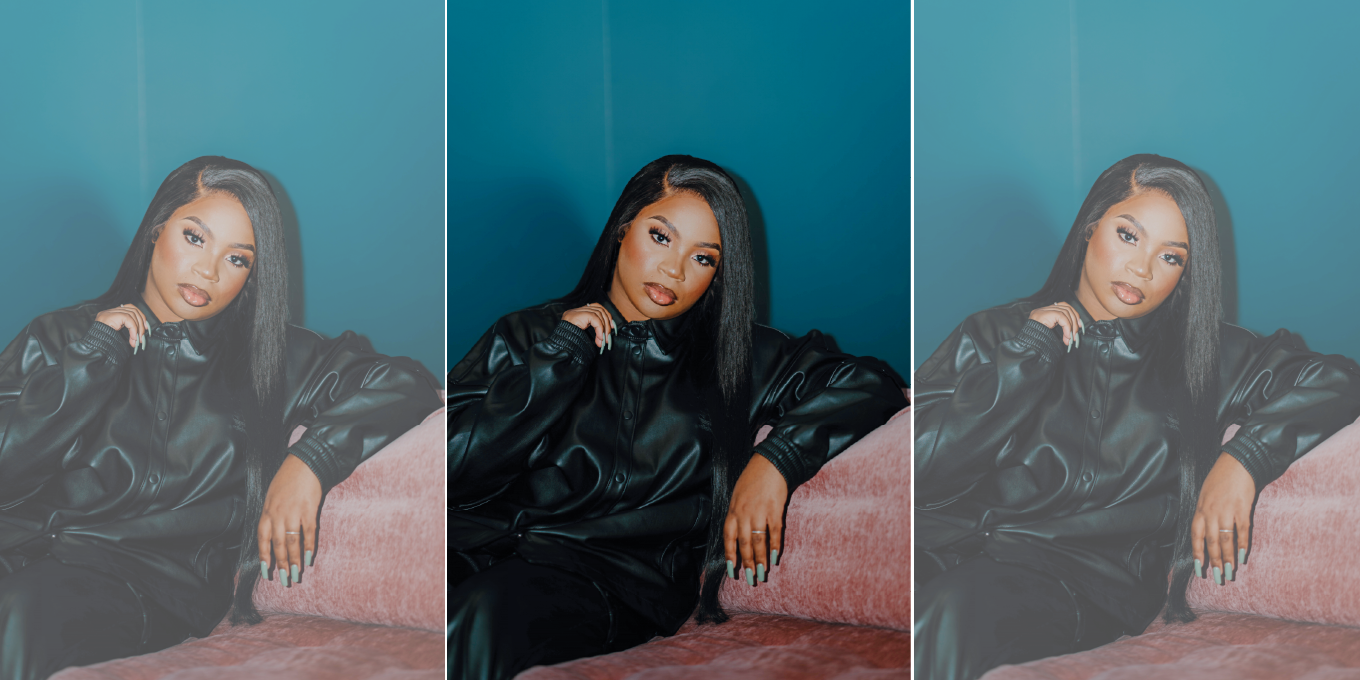 For Savannah Ré, love can be disorienting. The Montreal-born, Scarborough-raised R&B singer has been grappling with her outlook on relationships since her first single, 2017’s “Count’ Em Off”—a no-holds-barred savage manifesto on taking autonomy in casual relationships.

Over the past five years, both her perspective and her career have evolved significantly. She got married, released her debut EP, Opia, amassed an impressive stack of industry accolades, including co-signs by artists such as SZA, Boi1da and Babyface, and nabbed two Junos and a SOCAN Songwriting Award nomination, plus she was named one of Apple Music’s Predicted R&B Stars of 2022.

In her new single, “About U,” Ré describes a dizzying descent into infatuation over subaquatic background vocals and a pulsating instrumental. She sees love as a shape-shifting muse it’s the illusive white whale on tracks like “About U” and her 2020 single “Homies,” it goes under a close-up lens on ballads like “Opia” (the title track on her 2020 EP) and it’s an all consuming inferno on her Juno-winning single “24hrs.” During her acceptance speech at this year’s awards, she shared that “24hrs” was written as an ode to her husband and frequent collaborator, YogiTheProducer.

So far, Ré’s been the only winner of the Traditional R&B/Soul Recording award, a new Juno category introduced in 2021. Having taken home the honour last year, she was shocked when her name was called again this past May; she’d been expecting it to go to one of her fellow nominees—including Charlotte Day Wilson, Jon Vinyl, Emanuel and Zenesoul—all of whom she deeply respects. “The category was so stacked,” says Ré. “I love all of [the other nominees’] music, so it felt like a toss-up. And in the back of my head, I was kind of thinking that [since] I got [this award] last year, there was no way they were going to give it to me again.”

Opia is about overcoming her fear of being vulnerable and coming to terms with past pain. For her new EP, No Weapons, due out later this year, she’s weaving together a new, more upbeat story. “I felt like there was enough pain during the pandemic,” she says. “I was tired of being sad. With the sonics on this project, even if I’m talking about something that’s a little bit sad, there’s got to be a tempo.” Ré spoke to us about her process for writing the perfect love song, recording her new project and finding balance in and out of the studio. 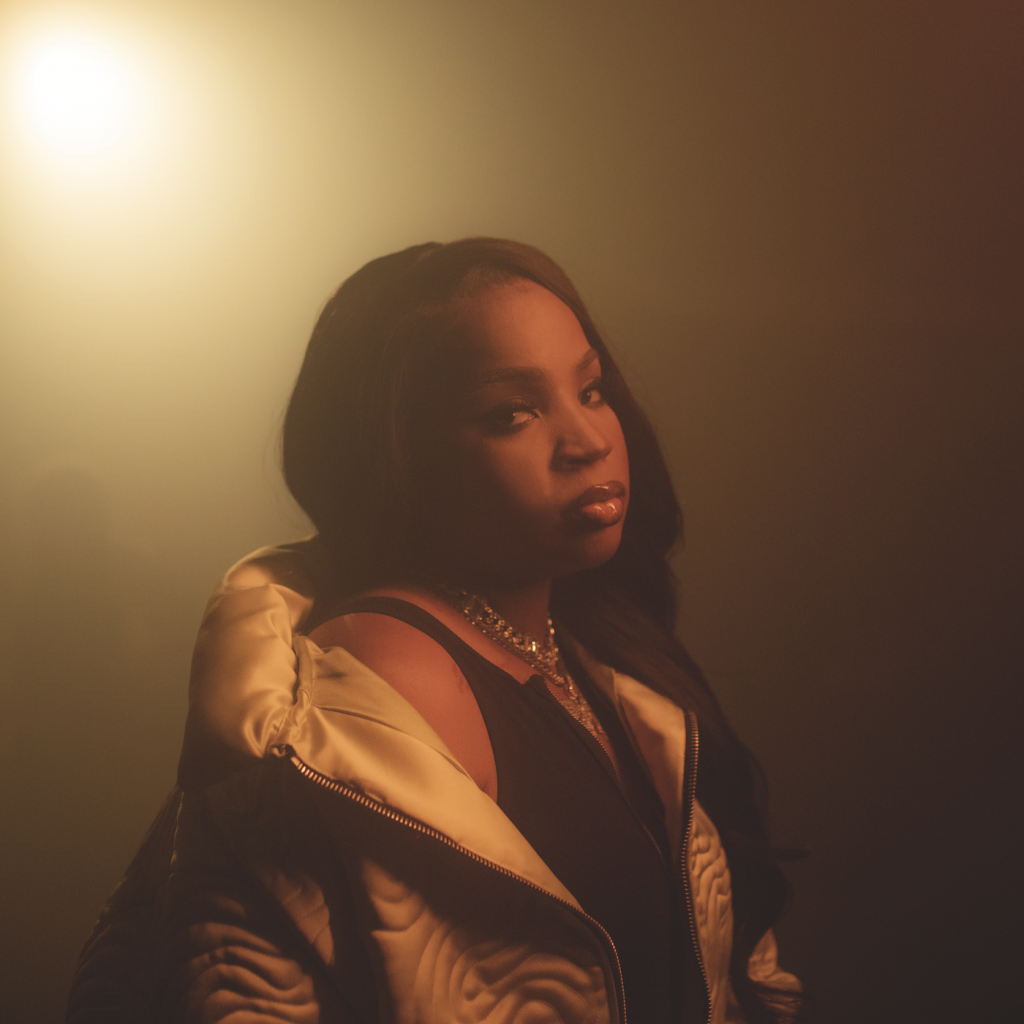 What do you think is the secret to creating a love song that resonates?

“I have to be in love. From a lyrical standpoint, it’s about me being really honest and digging deep. But, of course, I was raised on ’90s R&B, and [going] even further back, my mom has always loved her some Luther Vandross. A lot of the time, my music is made with my husband, and he’ll set the tone for what I’m going to sing next: specific notes, specific chords, things that strike nerves.”

Since you and your husband work so closely together, what does balance mean to you in terms of work and love?

“I wish I could answer that—we worked on our anniversary. But you know what? Music has been my dream for as long as I can remember, so it doesn’t feel like work. For us, a lot of our relationship is rooted in our love for music and our love for each other. A lot of our quality time is spent making music.”

Didn’t you get married in a studio?

“We sure did. We got married in a recording studio, and I thought my mom was going to be so mad because it wasn’t at a church, but she was so supportive. She said, ‘That’s where you guys met, that’s where you spend all your time, this is what you do—that is your church.’ It was a small studio, and my mom made all the food. We were broke at the time, but I wouldn’t change anything about it.”

Did the warm reception to your first EP relieve or add pressure as you were working on your follow-up?

“Both. With your first project, nobody knows you, so there’s no pressure. It’s just about making the music you want to make. Now I know that people genuinely like what I do, so I can be  creative, but at the same time there’s also that thought of ‘What if they don’t like it?’ that plays in my mind. I’m really trying to not submit to that type of pressure and stay true to myself—like I did with Opia—by just genuinely telling the story of where I am at points in my life.”

And where were you when you were creating No Weapons?

“No Weapons is where I’m at right now. For me, Opia is kind of like a diary entry that I shared with the world. It’s self-reflective and admits to my vulnerabilities. No Weapons is the opposite. It’s unapologetic. [The title] is based on a Bible scripture that my mom has always repeated to me: ‘No weapons formed against me shall prosper.’ I can make this music, I can be this person, I can be strong and I can’t be torn down at this point.”

Read more:
With ALPHA, Charlotte Day Wilson Makes Her Statement
Beyoncé Is Freer Than Ever on Renaissance
Charlotte Cardin Rises to the Top