Sarah Harding is planning to write a ''very raw, heartfelt'' album following recent trauma that has seen her embroiled in a holiday bust-up with ex-boyfriend Theo De Vries and the breakdown of her romance with DJ Tom Crane. 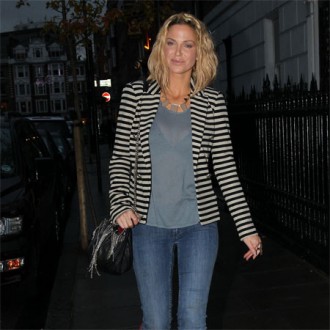 The Girls Aloud singer – who was involved in a holiday bust-up with ex- boyfriend Theo De Vries on New Year’s Day (01.01.12) – is taking inspiration from the breakdown of her engagement to DJ Tom Crane in November and her time in rehab for alcoholism and addiction to sleeping pills as she pens lyrics for her debut solo album.

A source told the Daily Mirror newspaper: “Sarah’s been jotting down lyrics and writing songs for the past few months.

“As well as writing about the breakdown of her relationship with Tom, she has detailed her time in therapy, and been pretty explicit about her battles with drink.

“There is some very raw, heartfelt stuff – not the kind of thing people will be expecting. Sarah’s had some pretty wild experiences and wants the album to reflect this.”

The 30-year-old has already written enough tracks to interest record labels, and her debut could be released as early as late summer this year.

The insider added: “After the year from hell in 2011, she is now desperate just to get back to her first love – music. She’s had a few meetings and is getting a lot of interest from labels but hasn’t decided which one to go with yet.”