S Club 7 want to reform after seeing the success fellow 90s group Steps have had since they got back together. 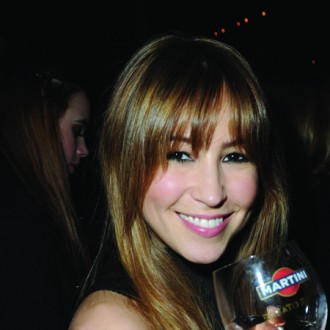 The ‘Reach’ hitmakers – Jo O’Meara, Rachel Stevens, Tina Barrett, Hannah Spearritt, Paul Cattermole, Jon Lee and Bradley McIntosh – are keen to get back together after seeing the success fellow 90s group Steps have had since reuniting.

A source told The Sun newspaper: “S Club have seen what’s happened to Steps and want a piece of it.

“They’re hoping to make a TV show following their reunion, a tour and the release of an updated Greatest Hits album – just like Steps.”

The band’s representatives are trying to agree a deal with businessman Simon Fuller, who still owns the S Club brand.

Rachel – who launched a solo career following the band’s demise in 2003 – has previously said she wouldn’t rule out a reunion.

She said: “You never know, never say never. It would be good fun doing a rendition of ‘Reach’ or something. We’re in touch every now and then. I haven’t spoken to them in a while, but it’s always nice when we bump into each other at events.”

Jo, Bradley and Paul Cattermole still play concerts at universities and clubs, as S Club 3, while Hannah is now a successful actress. Jon has appeared in several musicals and Tina attempted to launch a solo career.