Ronnie Wood: Jimi Hendrix didn't like his own voice

Jimi Hendrix ''never liked the sound of his own voice'' and would ''worry'' about his vocals, according to his former flat mate, The Rolling Stones guitarist Ronnie Wood. 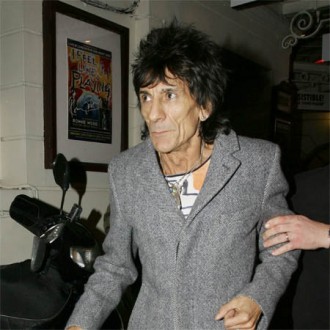 Jimi Hendrix “never liked the sound of his own voice”.

The Rolling Stones axeman Ronnie Wood used to share a flat with the late guitarist and singer/songwriter in London and would constantly have to reassure him about his vocal abilities.

Talking on his Absolute Radio show, Ronnie said: “Jimi never used to like the sound of his own voice. I used to say, ‘How was the gig tonight?’ and he would go, ‘Oh, the guitar was okay, man, but my voice’, he said, ‘I really can’t sing’.

“I said ‘Look, you’re not doing a bad job, man, don’t worry about it’, you know, and he used to sort of worry about it, and I’d say ‘Look, it’s all part of the side effect’, I said ‘I think it goes great with the way you strum and play amazing guitar’.”

Ronnie is “honoured” to have spent time with the musician, who he describes as a “well-mannered boy”, and he even got chance to say goodbye to him at Ronnie Scott’s legendary jazz club in London’s Soho on the night he died in September 1970 aged 27.

He added: “Jimi was really laid-back to live with, didn’t say much because he was always in the clouds a little bit.

“Jimi was a really sweet, well-mannered boy, and I’m very honoured to have shared a little space of time with him back in the late 60s.

“I was with Jimi the night he died at Ronnie Scott’s, and he was walking down the stairs with his arm around this girl and I said to him, ‘Jimi, say goodnight’, and he didn’t turn round.

“I said, ‘Jimi! Say goodnight’, and he turned round really slowly, out of his brain, and just gave me a little stoned wave, and that was the last the world saw of him. Very sad, very sad departure.”