Take That singer Robbie Williams is planning to go on a solo tour next summer after being ''humbled'' by fans' reactions to the group's latest performances. 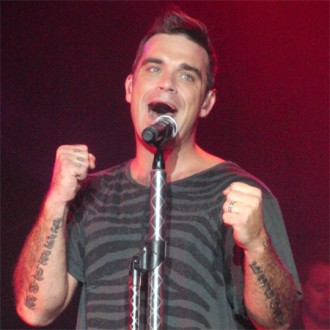 Robbie Williams is planning a solo tour next summer.

The Take That singer – who famously suffers from crippling stage fright, which forced him to cancel dates on his 2006 ‘Close Encounters’ tour – has been convinced to take to the stage on his own again after being “humbled” by the fans’ reaction to the band’s ‘Progress Live’ shows.

A source told The Sun newspaper: “Rob’s in a great place at the moment. He had such a hellish time the last time he did a global tour that friends never expected him to hit the road again. He scrapped his ‘Close Encounters’ tour in 2006 and checked into rehab soon after.

“But he’s really come round to the idea again. He’s been so humbled by the reaction coming back to Take That he’s got his management on the case of shows next summer. It’s unlikely to be near the scale of his other tours but the ball is now rolling.”

Robbie – whose last solo tour was five years ago – performs a number of his own songs during Take That’s current run of gigs, but the group recently had to cancel a performance in Denmark after the 37-year-old hitmaker came down with food poisoning.

Last year, the ‘Angels’ singer revealed he never knows how his stage fright will affect him, explaining the feeling can overwhelm him to the point of wanting to cancel shows.

He said: “I never know what I’m gonna get until the day of the show itself.

“I did a tour and on that tour an awful lot of people came to see me, and I bit off a bit more than I could chew and I buckled.

“The stage fright went from being something necessary to prepare yourself for the big show to an overwhelming fear of, ‘I can’t go on, I can’t go on.’