Richard Hawley has released the final two of the whisky-inspired tracks from his 'Dufftown Songs' set. 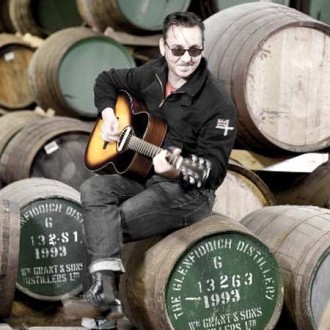 Richard Hawley has released the final two of his whisky-inspired tracks.

The singer/songwriter completes his ‘Dufftown Songs’ set with tracks ‘The River’ and ‘Opening the Bottle’, the second and third instalments in his cycle about the whisky making process.

Referring to complex, rhythmless instrumental ‘The River’, Richard said it was “one of the favourite pieces of music I have ever written.”

The two tracks join ‘In The Barrel’ on the EP, which was conceived after a trip to the Glenfiddich Whisky distillery, Dufftown, Scotland, earlier this year, and is available for free online.

Explaining his decision to make the tracks, Richard said; “I get my inspiration from a wide range of places, so it’s been a real challenge to capture and convey the magical way Glenfiddich transform water into whisky.”

He will also debut the songs at an exclusive live performance on December 6 in London, which will see him backed by harpist Julia Thornton, musical saw player David Coulter, Shez Sheridan on guitar and Kate St. John playing the Cor Anglais – the musicians he worked with to create the ‘Dufftown Songs’ set.

To get tracks, win tickets to see the live performance and watch videos of the project, go to www.glenfiddich.co.uk/richardhawley.