Richard Ashcroft had an ''immense'' amount of energy while recording fourth solo album 'United Nations of Sound' in the US. 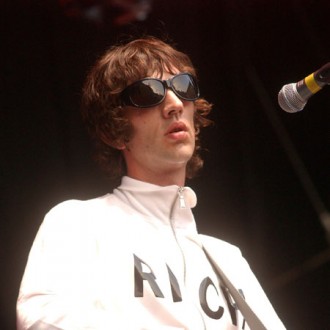 Richard Ashcroft had an “immense” amount of energy while recording his new album.

The former Verve frontman – who releases his fourth solo studio album ‘United Nations of Sound’ in the US today (22.03.11) – explained laying down tracks for the record with producer No I.D. over a 10-day period in America was a “really exciting” process.

He said: “The work ethic, the amount of energy was immense. What was forged out of that was something really exciting. It got close, at times, to what I went out there for.

“When we did more of the recording in Los Angeles, I was lucky enough to work with a guy called Benjamin Wright, who arranged the strings. Again, a fabulous guy, a great man, someone who’d been in the business for a long time. The process of making it was important to me.”

Richard also admitted recording his album Stateside opened up some “amazing” opportunities for him, including his track ‘Are You Ready’ featuring on the soundtrack to new Matt Damon movie ‘The Adjustment Bureau’.

The musician – who released the LP in the UK on July 19 – added to website Spinner: “So many things were popping up while I was there. You’re starting from way behind someone who is in Los Angeles or New York if you’re in London. You can try and capitalise on the amazing opportunities that there are, if you know the right people.

“‘Are You Ready’ was another thing that turned up out of the blue really. It came out of the director, George Nolfi, hearing it and wanting to use it as the outro of the film. Then he suggested we do something together for the start of the film.”