The Kinks frontman Ray Davies is re-thinking his decision to sell the band's iconic Konk studios, so he can finish his next album. 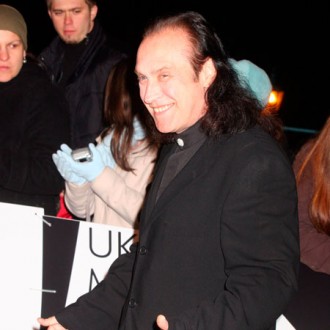 The Kinks frontman Ray Davies is re-thinking his decision to sell the band’s studio, so he can finish his next album.

The ‘Lola’ hitmaker bought Konk studios in London in 1971 for his band to record and rehearse in – although it has also been used by groups including Blur, Thin Lizzy and The Kooks – but rising costs mean Ray was considering selling up and moving out of the building, although he’s now not so sure.

He told the BBC: “It was up for sale but I’ve got another record I’ve got to do, so we’re debating what to do now. It’s open for discussion.

“There’s a lot of history with The Kinks, we bought it as a hangout really, somewhere we could rehearse and record and it mushroomed into a studio.

“We’ve had some really good acts over the years come here. We’re doing the best we can.”

The Kinks split up in 1996, but Ray is determined to resurrect the group, even if it means doing so without his guitarist brother Dave, who has refused to take part.

He said: “We’ll do it without him if we have to. The music is the issue.”

Dave – who formed the group in 1963 with Ray, who has been its only other constant member – added he hasn’t been in contact with his brother for some time.

He added: “We’ve not spoken for a while. I hear Dave’s more cosmic than ever. I’m a little more based on planet Earth than certain other members of my family.”