Michael Jackson's brother has launched a scathing attack against the singer's record company, the executors of his estate and soon to be released posthumous album 'Michael'. 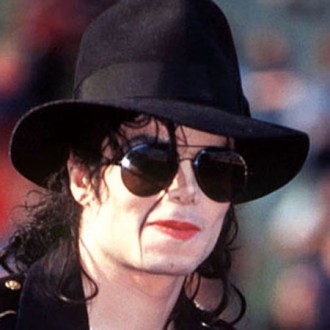 Jackson 5 bassist Randy Jackson – youngest brother of the ‘King Of Pop’ – hit out against the court appointed executors of Michael’s estate, John McClain and John Branca, as well as record company Sony and also fuelled charges raised by other members of the Jackson family that the vocals on the album are not all Michael’s.

The album ‘Michael’ comprises tracks which were completed after the ‘Beat It’ singer died of acute propofol intoxication last June.

In a series of tweets, Randy wrote: “The family and the executers of the Estate, Branca and McLain are not on the same page. We don’t see eye to eye (sic).

“I became suspicious about the album, when I heard when armed guards were involved since my brother’s passing, may he rest in peace.

“John McClain insisted that no family members were allowed at his studio where the project was being completed. My first thought was, what are they trying to hide?

About deals made by Michael’s estate with record company Sony and of promoters AEG – who had organised a series of comeback concerts for the star – he added: “Sony has 250 mil reasons to convince the public that it is his voice, if you know what I mean. In fact, when I heard about the Sony deal, it made me sick (sic).

“Like AEG, they were cutting deals with the Estate before I could get my brother in the ground. May he rest in peace. I invited McClain to the burial, ironically, he didn’t show up. Neither of the executors didn’t show up to pay their respects. Maybe they were too busy getting deals done.”

On the authenticity of Michael’s voice on the final recordings, which will be released on December 14, he wrote: “After this Sony deal was inked, McClain went to work putting together the first album. Calling all over the place looking for music with my brother’s voice on it, from what I heard, he didn’t care about the quality or how complete the vocals were.

“I found this to be very interesting. Why would Sony sign a 10 album deal over a period of seven years and McClain couldn’t find enough product for one album.

“Some of the songs are him, and some aren’t. I would be my life on that.

“But what’s worse than harsh is that my brother isn’t here, and all these people are more concerned about making money off his death.”