Quincy Jones not thanked by Jacksons

Quincy Jones has criticised Michael Jackson's family for never thanking him for the work he produced with the late singer. 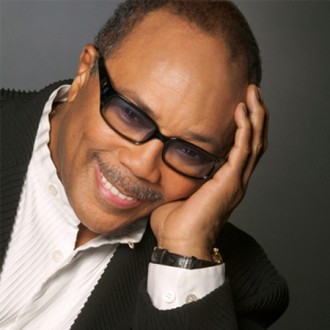 Quincy Jones was never thanked by the Jackson family for his work with Michael Jackson.

The producer worked with the late singer on his most successful albums ‘Off The Wall’, ‘Thriller’ – the biggest selling album of all time – and ‘Bad’ but says his family, in particular father Joe Jackson, have never thanked him for his hard work.

When told Joe claims he was in the studio every day with Michael when he was recording, Quincy replied: “He’s a liar. He takes the p**s. Not once did the family ever thank me for doing what we did, not once nobody. Of course, Michael thanked me but that’s it.”

Quincy also said that in his role as a producer and musician he always thinks in terms of colour and tries to imagine songs visually before creating them.

He added: “I was in art first, you know and I think in terms of sketches, watercolours and oil, psychological thing. I think in images all the time.”

He added: “It’s a process man, a never ending process, and you have to go and use your judgment with it. When you tell artists like Frank Sinatra and Ray Charles to jump without a net you gotta know what you’re talking about. I was ready for Frank though, I’ve been doing this since I was 13, but you better have it together, because he’ll watch you like a hawk.”