Rock legends Queen will be honoured with the Global Icon Award at the 2011 European Music Awards (EMAs) next month. 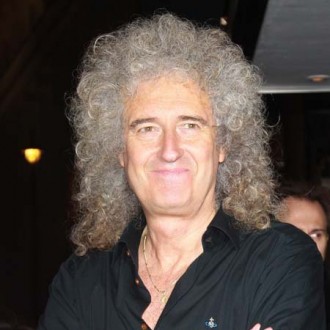 Queen will be honoured with the Global Icon Award at the 2011 European Music Awards (EMAs).

The rock legends – who formed in 1971 – will receive the prestigious accolade at the star-studded event in Belfast, Northern Ireland, on November 6, where guitarist Brian and drummer Roger Taylor will also perform.

Brian said: “We are honoured to be designated a Global Icon. We will do our best to be worthy!”

The band also included late vocalist Freddie Mercury and bass player John Deacon, who is not expected to attend, as he has retired from music.

Bruce Gillmer, an Executive in charge of the awards, said: “Over the past four decades, Queen have made an indelible impact on the pop music landscape. They are passionately revered by generations of fans and musicians across the globe.

“We are absolutely thrilled that they will be joining us at this year’s MTV EMA, and we look forward to a very special performance.”

Selena Gomez will host the awards, while Lady Gaga and Bruno Mars have been conformed to perform.

Gaga – who bagged five awards at last year’s event – also leads this year’s nominations with six: Best Female, Best Live Act, Best Pop Act, as well as the Biggest Fans accolade for her dedicated troupe of Little Monsters and both Best Song and Best Video for ‘Born This Way’.

Closely following her is 25-year-old singer Katy Perry – who will battle it out against Gaga in the Best Female, Best Pop, Best Female and Best Song categories for her single ‘Firework’.

Bruno is next with four nods, while Adele – the top-selling artist of the year to date – Selena’s boyfriend Justin Bieber and rockers Thirty Seconds to Mars are all up for three awards.