Queen guitarist Brian May and drummer Roger Taylor are set to dress as Freddie Mercury in tribute to the late frontman. 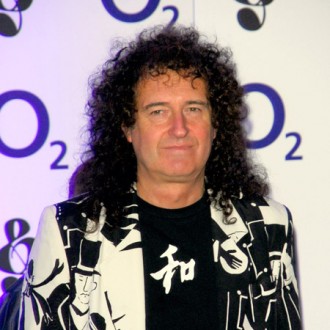 Surviving members of Queen are set to dress as Freddie Mercury in tribute to the late frontman.

Guitarist Brian May, drummer Roger Taylor and friends and family of the singer will don fake black moustaches – reminiscent of the flamboyant frontman’s trademark facial hair – on what would have been his 65th birthday on September 5.

They will be joined by fans of the singer worldwide who will dress up as their hero – who died of complications related to AIDS in 1991 – competing to be the most outrageous, with prizes awarded for the “most creative Freddie outfits in the most unusual venues”.

Funds raised by fans’ efforts will go to support Trustees of the Mercury Phoenix Trust, which fights against AIDS across the world.

Brian has recently admitted coming to terms with the singer’s death has been “painful” and says his former bandmate is still a big part of his life.

He said: “I think about Freddie all the time, really. There certainly isn’t a day where I don’t have some sort of thought about him.

“I have been to extremes where I have found it very painful, and I couldn’t talk about him. But I don’t feel that anymore. He’s part of our lives, still, in a very real way.”

Queen’s last five albums are also set to be re-released on September 5, ‘The Works’, ‘A Kind of Magic’, ‘The Miracle’, ‘Innuendo’ and ‘Made in Heaven’.