'Read all About It' hitmaker Professor Green was upset when other artists wanted to charge him £35,000 to appear on his tracks. 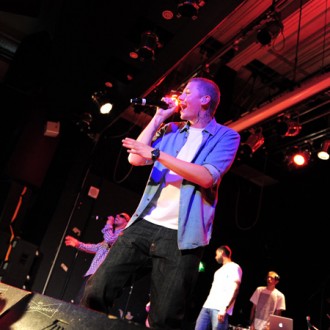 Professor Green was upset other artists wanted to charge him £35,000 to appear on his songs.

The ‘Read all About It’ hitmaker approached a number of singers and rappers about appearing on his new album, ‘At Your Inconvenience’, but was shocked when some asked him for money.

“There were other people who we reached out to and they were like, ‘Yeah, well it’s 35 grand for a verse’. I was like, ‘why do I need to pay you?’ That’s not what this is about.

“I’m not trying to bribe someone to f**king rap with me!”

After his initial experience, Green – real name Paul Manderson – was surprised when Eminem Collaborator Royce da 5’9″ offered to trade, with him recording a verse for ‘Nightmares’ in return for Green rapping on his track ‘Papoose’.

He added: “I reached out to Royce and didn’t expect him to get back to me, but he did. I didn’t get to record it with him as he’s on the other side of the ocean, but he sent his verse over. He sent me a track over for Papoose, which I’ve just done a verse for. That’s the most organic way to do it.”

Artists getting paid to appear on other people’s songs is an increasingly common practice, particularly in the US. Micki Minaj boasted in her rap on Kanye West’s ‘Monster’ that she was commanding up to $50,000 per verse, although she performed on that particular song for free.