Prince is to play his first UK show in four years, headlining the Hop Farm Festival on July 3. 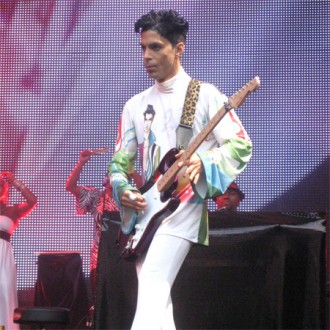 Prince is to play his first UK show in four years at the Hop Farm Festival.

The ‘Little Red Corvette’ rocker will headline the newly announced third day of the event on July 3, which will be his only UK performance of 2011.

Festival organiser Vince Power said: “I am really excited about having Prince at the Hop Farm, we have worked hard to get the third day up and running and we hope that fans will appreciate the integrity of the bill, and see it’s one of the most musically exciting this year that stands head and shoulders above a lot of other festivals.”

The last time ‘The Most Beautiful Girl in the World’ hitmaker played in the UK was for his record breaking 21 night residency at London’s The O2 in 2007.

He more recently began his ‘Welcome 2 America’ tour last December, which has seen him cross the country playing shows, including a 21 night residency in Los Angeles, which runs to the end of this month.

Headlining the other two days of the Hop Farm festival on July 1 and 2 respectively are Eagles and Morrissey, with other confirmed acts at the event including Iggy and the Stooges, Bryan Ferry, Lou Reed, Brandon Flowers, Patti Smith and Death Cab for Cutie, among others.

People who already have tickets for the first two days of the festival will be able to upgrade for £40 to attend the newly announced third day of the event, while three day tickets and individual tickets for the third day will go on sale tomorrow (19.05.11).