Pop star Zara Larsson is only getting started 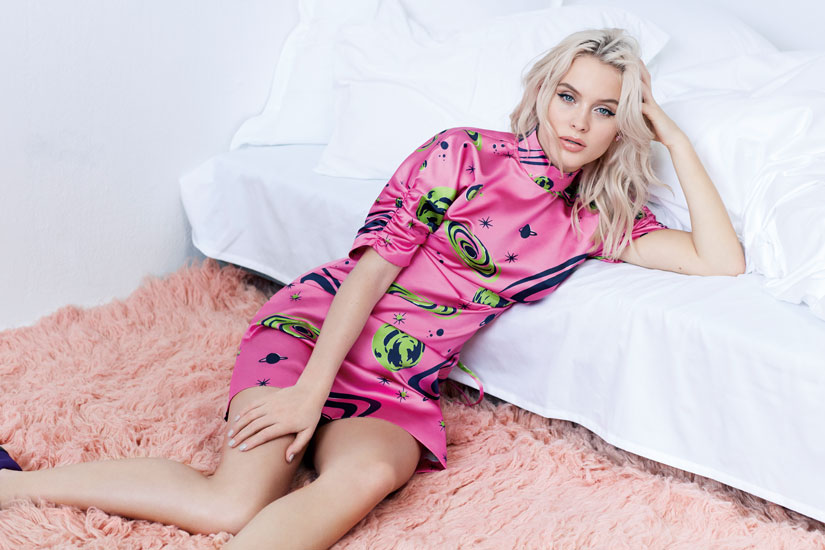 HERE’S AN UNEXPECTED FACT ABOUT Zara Larsson: She still lives with “Mom and Daddy.” In fact, it’s a state of affairs that the 19-year-old pop star isn’t planning on changing anytime soon. “I feel good living at home [in Stockholm]—why would I get my own place? It’s just a waste of money. I travel so much that I’m never somewhere for more than a week.”

To her point: Larsson is calling us from L.A., where she has been doing the rounds promoting her second album, So Good. She’s at an interesting place in her career: A winner of Sweden’s biggest talent competition at age 10, she’s now a huge star in Scandinavia and on the Internet, as her 3.1 million Instagram followers demonstrate. But in North America, while you’ve certainly heard a Zara Larsson song (perhaps the insanely catchy “So Good”?), she’s not quite a household name. Yet.

“Where’s my number one?” says Larsson rather seriously when asked how she feels about her growing success in the North American market. “I don’t feel like I’m there yet in America, but that’s why I’m going out on tour, working every song. It’s coming, absolutely. It’s a matter of time.” (Other modest goals Larsson drops? Glastonbury. A stadium tour. A couple of Grammys.)

That’s the refreshing thing about this Gen Z pop star: She’s direct, sometimes blunt, and very confident in her own opinions. It’s a trait that regularly gets her in hot water, most recently when she tweeted that Netflix’s 13 Reasons Why was “meh,” which many took as a bit of a cavalier way to dismiss a show that tackles issues like bullying and teen suicide. (She did later clarify that discussing mental health is necessary and that the show just wasn’t her “cup of tea.”)

Larsson is the first to acknowledge that she is someone whose views are constantly evolving. “I wasn’t a feminist when I was young,” she cites as an example. “I would look at [those girls] like, ‘You’re crazy, not shaving your armpits.’ I had to learn a lot of things….”

At this point in our conversation, Larsson hits her head against some unknown object. She takes a moment to tell us that she’s going to lie down on the sofa and then seamlessly picks up her train of thought. “I changed schools in eighth grade, and then I started hanging out with different people. That opened my eyes.”

Her early feminist awakening has made her hyper-aware of the pitfalls of being a woman in the music business, she says, which has not always been as woke as we might like. “There have been situations where I haven’t felt 100-percent comfortable in the studio,” she says. “It could be small comments or the fact that usually I’m the only girl in there. People don’t mean bad things, but there’s a vibe sometimes.” She struggles for a few seconds to articulate what she wants to say, her slight accent becoming more pronounced. “It’s a space…in different situations…. It’s hard to explain, but I think it’s something every woman has felt.”

Larsson says she’s generally outspoken, but in these situations she often finds it’s harder to say something than she’d like. “They’ll be like, ‘It’s a joke,’” she sighs. “Honestly, sometimes I just leave it because it’s like teaching an old dog to sit. I’m not going to spend time trying to explain to you why you’re an asshole.”

Instead, Larsson is focusing on her music—pop songs whose purpose she is characteristically transparent about. “My songs aren’t political or about important stuff. I just want to sell a lot of albums and for people to feel good when they listen to my music.”