Plan B hasn't got the time to wait for US radio stations to play his music and is happy to concentrate on his success in the UK. 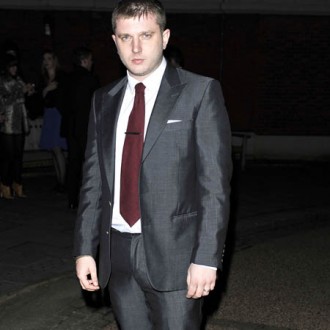 Plan B is angry that American radio DJs aren’t playing his music.

The singer-and-rapper’s tracks haven’t received much airplay in the US, but he insists he isn’t desperate for Stateside success because he is doing so well in his native UK.

The British star – who won three prizes at the Ivor Novello Awards yesterday (19.05.11) – told BANG Showbiz: “The black stations are saying my music’s too white, the white stations are saying it’s too black, So we’re f***ed really aren’t we. But the people at the gigs love it, and they know good music when they see it – the people seeing it, all the reviews have been giving it 9/10 reviews, it’s just radio. People keep on telling me it’s a slow process, I’m just like, I ain’t got time to wait around for the American radio DJs.

“I got things going on here in the UK and I’m content with this, with the three Ivor Novellos I have, the BRIT award I have and the money I’m going to make this year. I don’t’ need fame, I only care that there’s people in the world who want to hear my music and they can’t. I care about that.”

Despite not getting the airplay he feels his songs deserve, the musician – real name Ben Drew – is happy to just impress fans with his live shows when he goes on tour with fellow Brit Adele.

He said: “If radio over in the US are the only people that are going to block my music from getting to people then I can’t do anything about it. But I’m still going to go over there and do the rest of the tour with Adele, and we’re going to do the gigs and smash it and I’m sure we’ll pick up some fans along the way, and that’s cool.”